Below are some of our Global Health Family Team Members 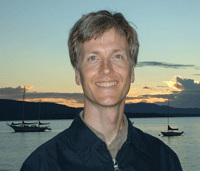 Charles Leslie - Team Leader
It's an honor to lead the Global Health Family Support Team. I love helping everyone grow their business and move towards realizing their goals and aspirations. In my 20 years of doing this business I am more excited then ever about the direction of our company and the opportunity we have. It is so awesome to be involved with a company whose products make such a difference in people's lives.


I started my  business as a college student. At the time I was suffering from a degenerative nerve disorder that had caused my hands and feet to become very weak. It was a very trying time in my life. My future was so uncertain due to my health concerns.

I decided to try the products and within about three months my health had dramatically improved. I was so excited! I started to build a business right away after I personally experienced the powerful and life changing benefits of these products. After only seven months in the business part-time (I was finishing school and getting married) I started earning enough money that I could continue on with the business full time and it's now been over 20 years that I have been doing this business.

It's amazing to realize I've been doing this for 20 years. What an incredible journey it has been. I don't want to even contemplate what my life would have been like without these products and this opportunity. The health and financial benefits have literally been a lifesaver for me and my wife.

Deanna Leslie - Co-leader
I'm excited to help all our team members create effective websites that produce results. I love to hear the stories of all the people who are helped through the niche websites. It's very rewarding to play a part in making everything come together. Being involved with this company for 20 years has been a great adventure and I'm really excited about all the new developments which will make this opportunity even better. I look forward to helping you. 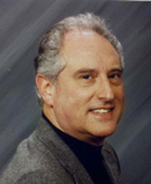 Steve Zarren - Top Producer
In 1993 I started suffering with what would become a neurologically based movement disorder called dystonia. After following the conventional medical protocol, of having botox poison injected into my eyelids, I stopped the treatments. I later found the "most nutritious food on the planet" and tried it. Six weeks later the spasms I suffered with were gone and I then realized I could duplicate my success with others. The timing was off and I tried and failed to promote interest with the medical community for 12 years. I then quit trying for 4 years until I realized the Internet had become a force that could be my vehicle to get my message out to the sufferers. But how could I do that since my computer knowledge was limited. I was an unemployed Corporate Controller and was close to the end of my unemployment benefits. My house was being threatened along with my financial future. Enter Charles Leslie, on his "white horse to save the day". Charles and I began working together to come up with a campaign that would make the world aware of my story.

My wife and sons questioned why I was doing this again and why was it different than when I tried to do this many years before and failed. My answer was "I now have Charles and the Internet".

It is now 2 1/2 years later and I have held the honor of being the #1 salesperson for the last 2 years. My bills are being paid and I look forward to helping more and more than the dozens and dozens so far, in 28 countries and 49 states.

Of course, I have devoted my full-time efforts to this mission but without Charles, none of this success would have been possible. His tireless support has been the missing link. We are fellow fisherman. Charles casts the line with the bait and I pull on the line and reel in the "fish". it allows me to provide them with the relief to change their lives.

At the same time, I have no boss looking over my shoulder, I can get up whenever I wish, I can leave my office to see my 3 grand daughters, I have no car or gas expense, I do not have to drive 1 1/2 hours to work by simply walking up the steps to my office. The freedom is breath-taking and I cannot thank Charles enough for what he has accomplished and yet there is so much more to do together.

For anyone who is in the position to utilize Charles' talents, I suggest you take advantage of all the avenues he can offer to make your efforts a success as he has done for me.